THE PRIVATE ELECTRICITY SUPPLIERS MUST TAKE INTO ACCOUNT THE WELL-BEING OF HAITI- Added COMMENTARY by Haitian-Truth – HAITIAN-TRUTH.ORG Proud to be Haiti's most informative NEWS site 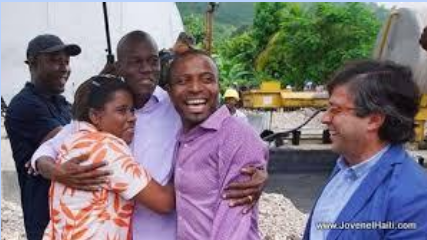 Luis Alberto Moreno is not subtle: In an exclusive interview with Le Nouvelliste Thursday night, the president of the IDB demolished the private companies supplying electricity to the Ed ' H. Moreno said, “ There is no reason in today's world for the energy produced by the three private companies to be so expensive. This is something that needs to be addressed, Stress in the field of international credit, which is necessary to get rid of the public deficit, created by the financing of the sector

With the announcement of the government attack on these companies, Moreno totally agrees with Jovenel Moise 's approach, with relation to renegotiation of the contracts of these private power suppliers. 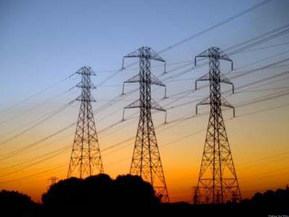 “ I totally agree. I think it's very brave on the part of the president. I know that the different energy companies have not been Haiti's best partners. I think that in any partnership, you need to have partners, at the end of the day, do not look only at their own income but that of the people of Haiti. If they (companies) improved the conditions of the people, they would have done well. This is how we would like to see it, “ continued IDB President Moreno

” We are not only donor to recognize the problem in Haiti's electric power sector . If you ask any donor …. I'm talking about the World Bank, the International Monetary Fund, important players and bilateral partners like the United States, Canada, all will tell you that they have the same concerns about the energy sector, “continued the IDB president, who was on a mission to Haiti, after the General Assembly in New York last September. The IDB boss says he sees a “real desire” in President Jovenel Moses, to reform the energy sector. “I know it's a serious challenge. We will be 100% behind him.

“My wish for Haiti: I hope these companies ( SOGENOR, E-POWER and HAYTRAK) look very seriously at how they can really improve the lives of Haitians, and take responsibility, as good citizens – as they should. Nobody tells them they have to leave. It is only a matter of doing something that takes into account the good of the country, “ Observed Moreno. 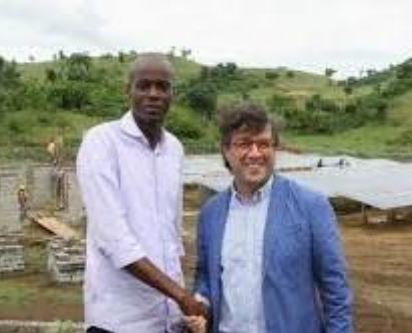 Privatization was one of the requirements, forced upon Jean Bertrand Aristide, in order to gain Clinton's support for an invasion of Haiti. Once again, Aristide avoided completion of this promise (In fact, years earlier, Aristide had spoken to his Prime Minister, Michel Smarc, insisting that no thought of privatization should ever be considered, in Haiti, because of its predictably disastrous results.)

Duvalier once said that 65% of his budget is covered by the Privatized State Industries.

President of the United States and the United States of America. The contracts involved, were terribly biased, but did not contain the requirement that those who controlled these industries, would pay the State 30% from the profits.

To date, not a single penny of this State. 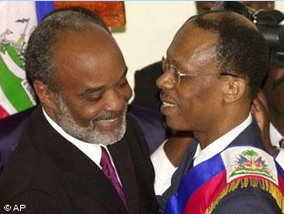 Jean-Marie Vorbe had two pictures in his office. One showed him with his schoolmates, including Preval. The other, and President Preval. SOGENER with all of its biases against the public welfare of the United States (1965-1990) THE TIME FOR JOVENEL MOISE TO CALL IN THE DEBTS INVOLVED WITH THE UNPAID 30% AND NATIONALIZE THE INSTITUTIONS, BRINGING THEIR REVENUE MACK UNDER STATE CONTROL. 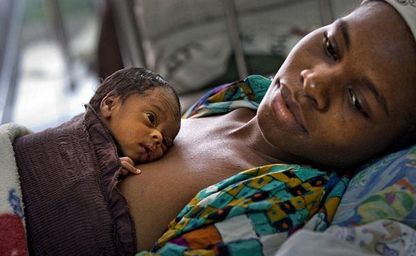