Newton St-Juste seeks to resurrect Ucref and Ulcc to seize the property of the Vorbes – HAITIAN-TRUTH.ORG Proud to be Haiti's most informative NEWS site 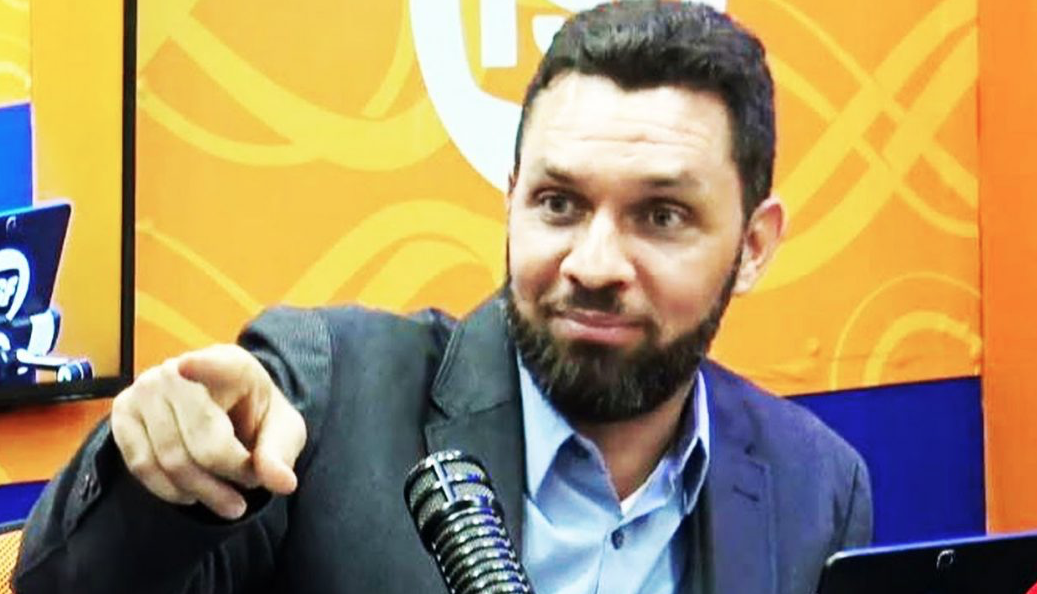 Through a petition, the lawyers of the Haitian State acting for the personal account of Jovenel Moise, signify to the Public Prosecutor's Office to instruct two drowsy entities, the Central Unit of Financial Intelligence (UCREF) and the Unit of Struggle Corruption (ULCC) for the purpose of seizing property and assets of Vorbe. This assignment following the refusal of the concerned to respond to the summons of Jacques Lafontant, defended Newton Saint-Juste and Ephesian Joassaint.

The thesis “international mutual legal assistance” was brandished by the lawyers to justify the decision of seize the Procuratorate of Port-au-Prince for the purpose of taking possession of the property and assets of the persons named in the case between the Haitian State and the managers of Société Générale de l'Energie (Sogener) and the accomplices Serge Raphael, Frantz Vérella. The requested petition enjoins the Chief of Public Prosecutions, Jacques Lafontant to instruct the international bodies involved in the fight against financial crimes, the laundering of assets through the UCREF, and the ULCC to strengthen the education outside the borders of Haiti

'' According to the conventions signed between the Haitian State and other countries, it is conceivable that Haitian justice benefits from international expertise to identify the assets of those concerned and seize them. In the coming days, we will address the Fiscalia dominicana to expose the facts, “said Mr. Newton Newton Saint-Juste who, in 2012, along with Mr. André Michel, denounced the drifts of the ex-president Michel Martelly for taking a decree entrusting the management of public funds to his wife and son Olivier.

ULCC and UCREF blindfolded about corruption, including the report Petro Caribe, will be activated at the request of Newton St-Juste

Use of forgery in private writing, criminal conspiracy, breach of trust, overcharging are amongst others charges against Jean Marie Vorbe, Réginald Vorbe, Dimitri Vorbe, Élizabeth Débrosse Préval, Frantz Vérella and Serge Raphael. The Central Financial Intelligence Unit (UCREF) and the Anti-Corruption Unit (ULLC), two bodies operating under the regulated regime of the National Palace, have denounced opponents of the ruling power, will be committed to notify INTERPOL on the suspicion of financial crimes alleged perpetrators.

The law of May 9, 2004 was raised by the council defending the interests of the Haitian state to seek the cooperation of international bodies to the refusal of citizens cited in to appear, despite a preventive remedy during 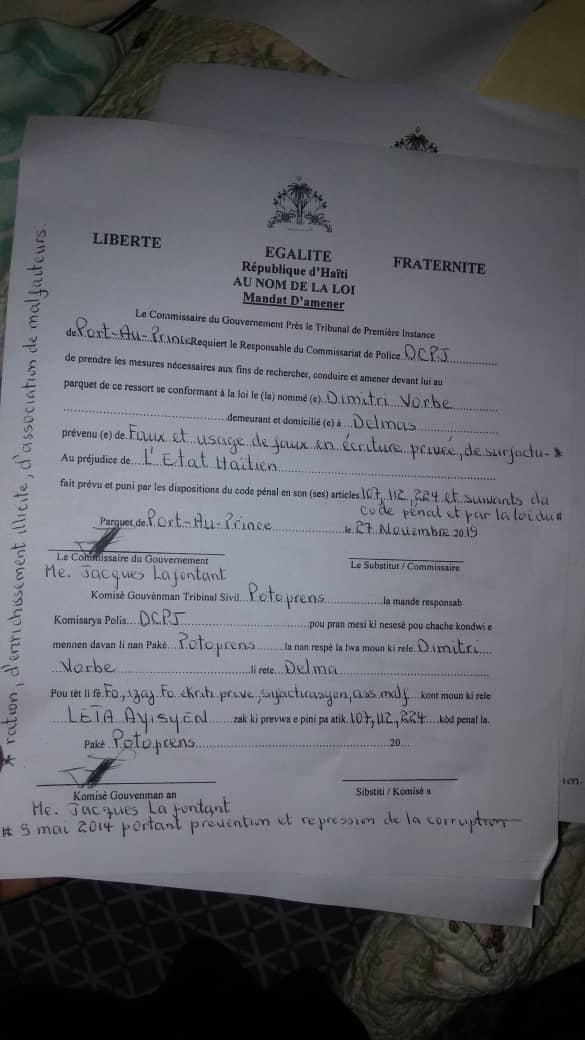 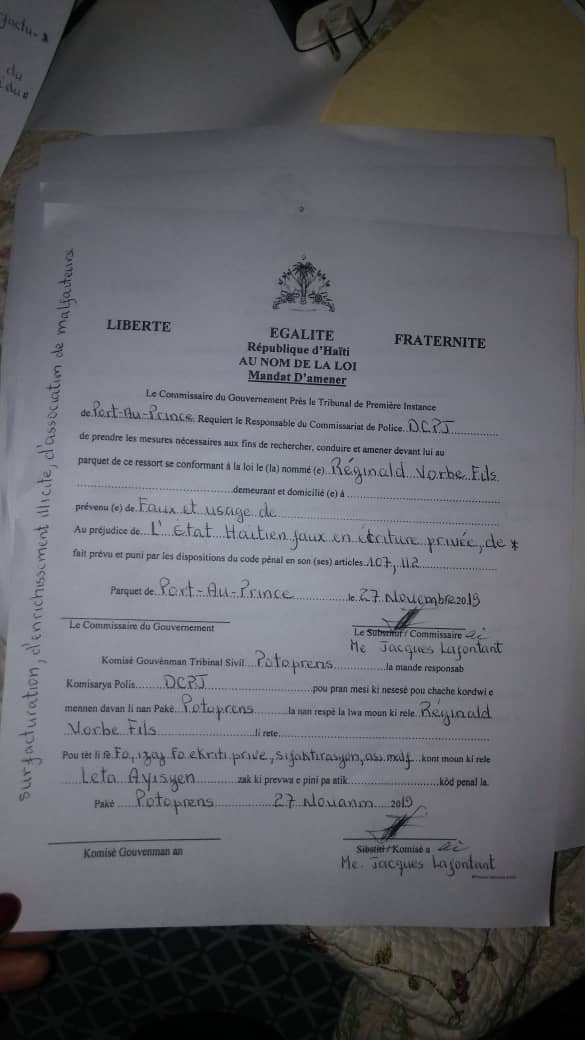 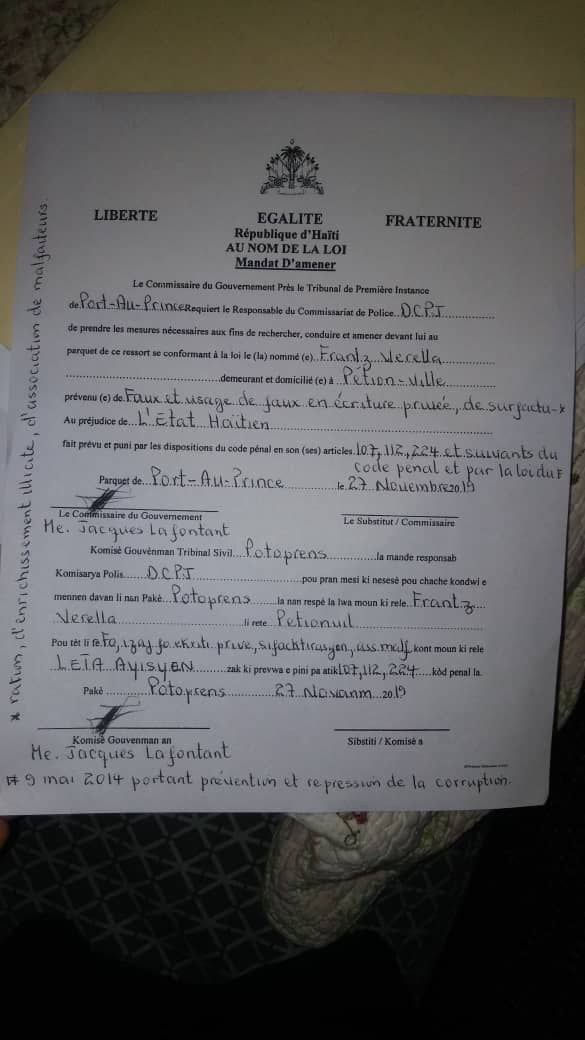 Haiti - Politic: Moses chairs a Council of Ministers on the great challenges of the moment