L SENAT, A THREAT FOR HAITIAN AND CONTINENTAL DEMOCRACY – HAITIAN-TRUTH.ORG Proud to be Haiti's most informative NEWS site

To close the cycle of dictatorial regimes, to uproot its most completed form, THE PRESIDENCY FOR LIFE, the designers of the 1987 Constitution gave birth to PARLIAMENTARISM DEATH. Symbolized, embodied, animated by the Senate, Parliamentarianism to death is a dagger planted in the heart of Haitian Democracy. It is gangrene, the corrupting components of which pose a threat to democracy, both nationally and internationally. It is this evil that the Nation faces, it is this evil that the Government of Jovenel Moise faces. Here are the constitutive facts:

IN NO EVENT SHALL THE CHAMBER OF DEPUTIES AND THE SENATE BE DISCONTINUED OR ADJOURNED, OR THE MANDATE OF THEIR EXTENDED MEMBERS.

C is the bulwark against the PRESIDENCY FOR LIFE. But who quickly turns into a weapon of mass destruction or PARLIAMENTARISM DEATH through the prescriptions of article 15:

NO MEMBER OF THE LEGISLATIVE BODY MAY BE ARRESTED IN CRIMINAL, CORRECTIONAL OR POLICE MATTERS FOR OFFENSES UNDER COMMON LAW IF NOT WITH THE AUTHORIZATION OF THE ROOM TO WHICH IT BELONGS, except in the case of flagrante delicto for acts carrying an afflictive and infamous punishment. IT IS THEN REFERRED TO THE CHAMBER OF DEPUTIES OR THE SENATE WITHOUT DELAY IF THE LEGISLATIVE BODY IS IN ASSIGNMENT, IN THE EVENT OTHERWISE, AT THE OPENING OF THE NEXT ORDINARY OR EXTRAORDINARY SESSION.

There you have it: the boulevard on which offenders of all kinds and ilk go at full speed. The lightning rod of drug dealers, the villa of the corrupt, the lair of murderers, the refuge of the outlaws …

No one is supposed to ignore the law, except MEMBERS OF THE DEATH. Indeed, who can afford to put their hand to the collar, without being faced with their power of destruction. The Police, the Executive, mayors, delegates, public officers, all are already accused of DICTATORSHIP OR NOSTALGICS OF THE PRESIDENCY FOR LIFE. 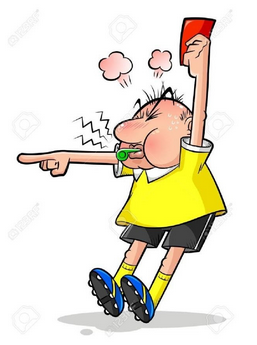 The citizen who voted in the scale of the national territory to elect the President of the Republic will easily take the measure and the nature of the TIME expressed in articles 15 and 190. He will also understand the reasons for which the Presidents who have succeeded each other at the head of the two Houses have always categorically refused to constitute THE CONSTITUTIONAL COUNCIL, BODY IN CHARGE OF ENSURING THE CONSTITUTIONALITY OF LAWS… CALLED TO BE DELIVERED ON THE CONFLICTS BETWEEN THE EXECUTIVE POWER AND THE LEGISLATIVE POWER OR THE TWO BRANCHES OF THE GOVERNMENT… Article 136, it is true, makes the president responsible for the smooth running of the institutions. However, one cannot fail to underline the notorious absence, in a system which is intended to be democratic, of the article check and balance, which would authorize the executive to resort to early parliamentary elections if necessary. But there it is, but rightly so, it is the foundation of DEATH PARLIAMENTARISM THAT HAS REPLACED THE PRESIDENCY FOR LIFE. This slip, this crucible, is the living room and the bedroom of … democratic delinquency. THE BICENTENNIAL OF CRIME, PLACE OF THE MASSAGE OF LEGALITY BY PARLIAMENTARY LEGITIMACY A DEATH. 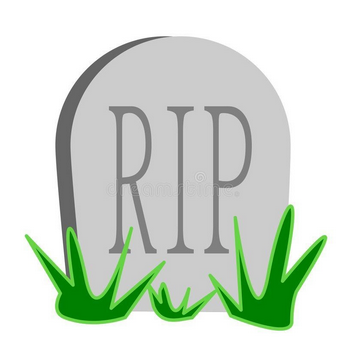 The question is at the heart of the slow death of Haitian democracy. Evil has become a formula, following a series of mutations which have seen the ideals and practices of the Constitution come into opposition with the ideals and practices of living together, challenged by the destructive weapon of POLITICAL TRANSITION. CONSISTS OF CREATING PERIODICALLY A CLIMATE OF SOCIAL AND POLITICAL DISORDERS OF A NATURE TO HARM THE SPACE AND TIME OF ACCUMULATION NECESSARY TO ACQUIRED ECONOMIC PROGRESS AND POLITICAL STABILITY. 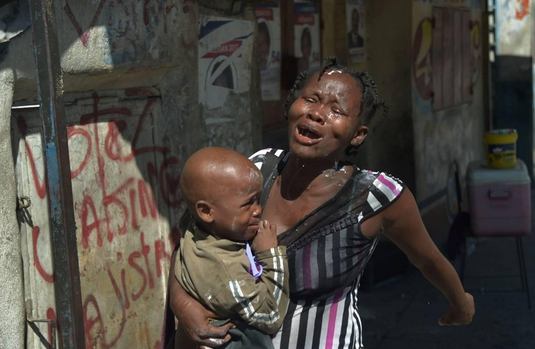 The formula is found. IT IS THE INTEGRISM OF THE MISÉRE, EXPRESSION AND SUCCESS THOUGHT, WANTED AND NOW CODIFIED BY THE PARLIAMENTARISM DEATH, AND OF WHICH THE SENATE IS THE SPARK AGAINST DEMOCRACY IN HAITI, AND SOON IN THE CONTINENT.

In short, parliamentarism to death is the legitimization of crime and terrorism.

After Monday's meeting, Elizabeth II agrees with Harry and Meghan on a "transition period"

Maxime Augustin was laid off without pay by Lucmane Delille

Haiti – DR: The land border with Haiti, remains closed on the Dominican side

The fight against impunity, a sine qua non condition to prevent and respond to violence against the population – Haiti

Maxime Augustin was laid off without pay by Lucmane Delille

Haiti – DR: The land border with Haiti, remains closed on the Dominican side

The fight against impunity, a sine qua non condition to prevent and respond to violence against the population – Haiti